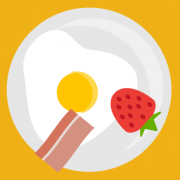 Webb opened by highlighting the top priorities for Utah business this session:

• Tax reform in general — especially federal tax reform and its impact on Utah, with the federal government expected to return more federal money back to Utah.

• Comprehensive State tax reform— the current tax system was developed in the 1950’s based on a manufacturing-based economy and does not reflect the service-based economy of today. The legislature will also be looking seriously into adjusting the sales tax rate and opportunities to collect sales tax.

Webb said that the mantra that is being heard over and over is “Broaden the Base, lower the Rates.”

• “Tolling” the Canyons—Vehicle tolls will be discussed as a way to increase the number of people using public transport or carpooling to keep fewer people from driving up the canyons. Little Cottonwood Canyon road is the most dangerous for potential avalanches.

• Funding for schools—there may be a proposed dramatic increase in school funding. There is also a ballot initiative proposal in place. Surplus tax funds are being looked at as possible source. “Our Schools Now” is heavily supported this year by large teacher groups.

• Medicaid Expansion— this issue is getting close to being another initiative on the ballot. It would expand eligibility to persons with incomes up to 138% of the poverty level.

• Medical Marijuana— this may be another ballot initiative, and it is getting close to having enough signatures to being on the ballot.

• Transportation Bill and governance of the UTA—proposed change to a three-member, full-time commission, rather than the current 16-member board.

Webb added that “all of these [ballot initiative] issues are important and have been debated, but not yet dealt with, by the legislature. This is the people’s way of doing so.”

Pignanelli, an attorney, lobbyist, and political adviser, was one of the youngest ever in Utah to be elected to a Utah state office, serving in the House of Representatives for 10 years.
He began by reiterating the issue of property tax, stating, “I think you are definitely on to something, (referencing Vest Pockets advocacy committee’s progress in the area) it will impact counties, but this session is being driven by the six initiatives.”

According to Pignanelli, the initiative that has the best shot is the “Our Schools Now” initiative, due to the fact that the supporters are well funded and have a large network of teachers backing it. Pignanelli said, “You really need to talk to your lawmakers, think about what connections you may have. You need to be engaged in the process, tell your story.”

• Market Place Fairness (a/k/a “e-fairness”—the 2018 legislature is unlikely to return to this issue because the U.S. Supreme Court has decided to take up the South Dakota case on this issue and will make a ruling by the end of 2018.

• Food Tax adjustment—while there is some public sentiment to remove the food tax entirely, the legislature may actually increase the sales tax on food

• Non-compete clauses – while already limited by law to one year, the legislature may, in the future, restrict them with respect to the types of employees subject to them.

• Panhandlers in the Rio Grande neighborhood in SLC —Rep. Hughes has made a difference in this situation. Pignanelli said in his recent visit to 600 West, the area looks drastically different.

• Alcohol bill—the allowable blood alcohol limited will be reduced to .05 effective December 30, 2018. This law will change businesses that serve alcohol. There is also some question on changes to insurance liabilities.

House Speaker Greg Hughes has announced he will not be running again, but it is evident that he wants to run for Governor in 2020.

• Single person sign-off through the Department of Commerce.

• LLC – a proposal to allow registration as a “benefit LLC”

Pignanelli wrapped up by saying, “Communicate your concerns, reach out to smaller chambers, and businesses, create a coalition and approach the law makers, this will drive interest for them to do something.” 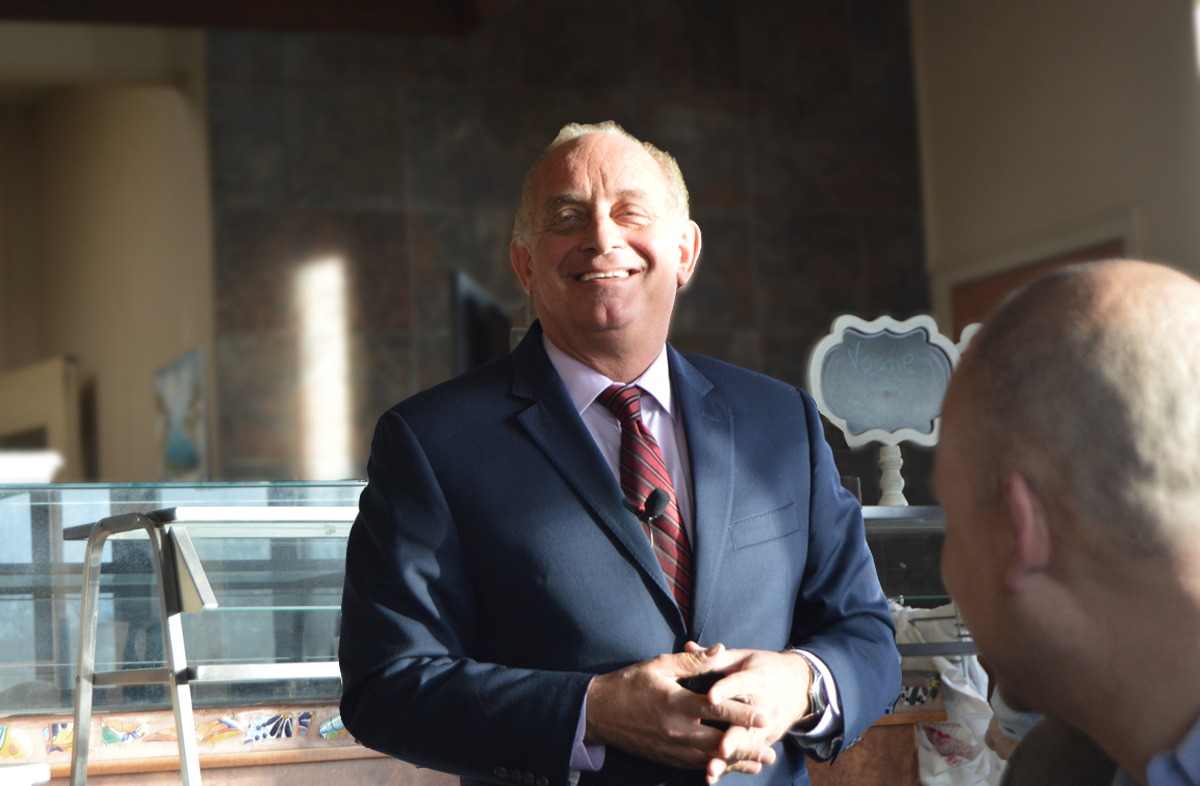 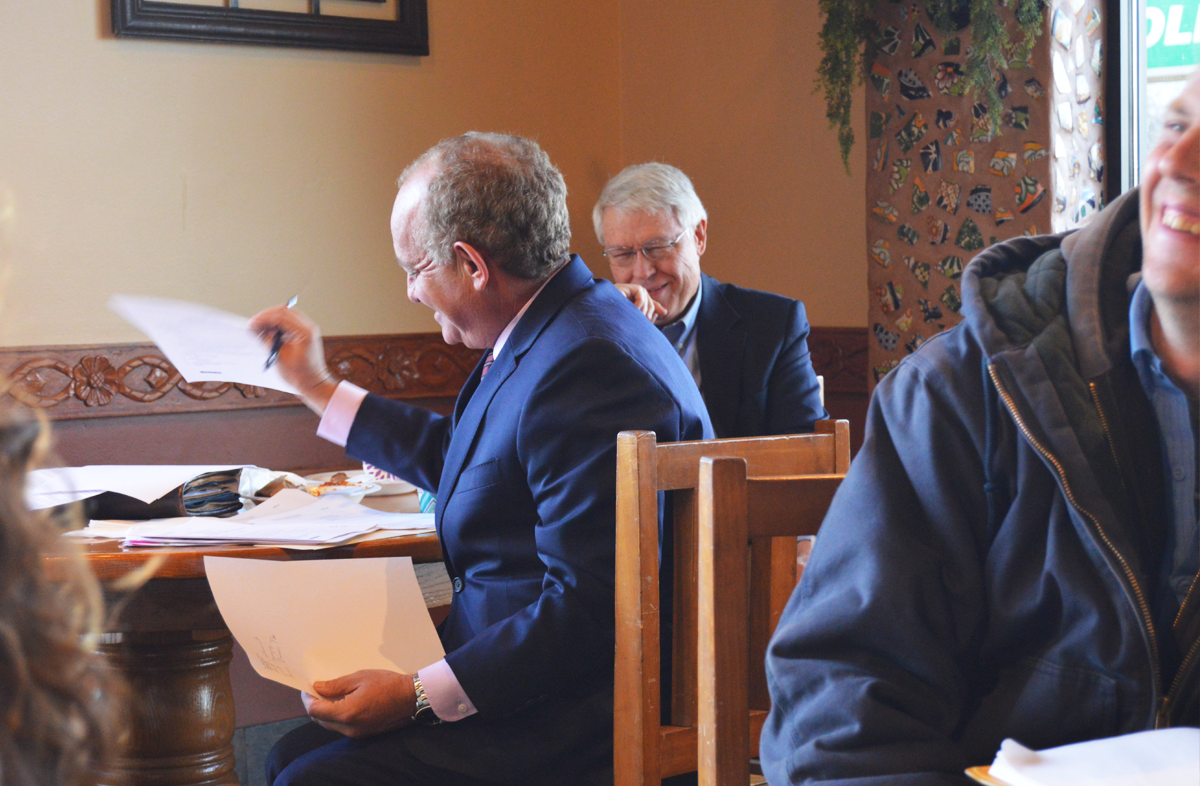 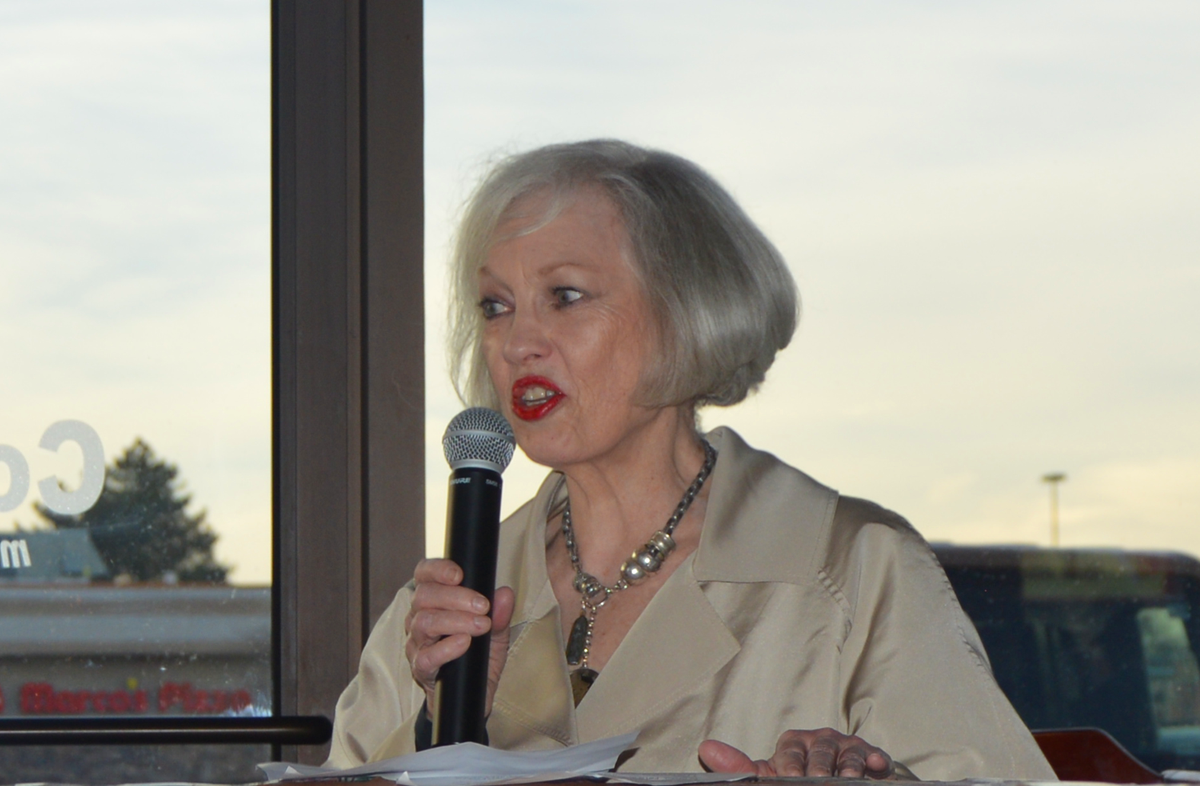 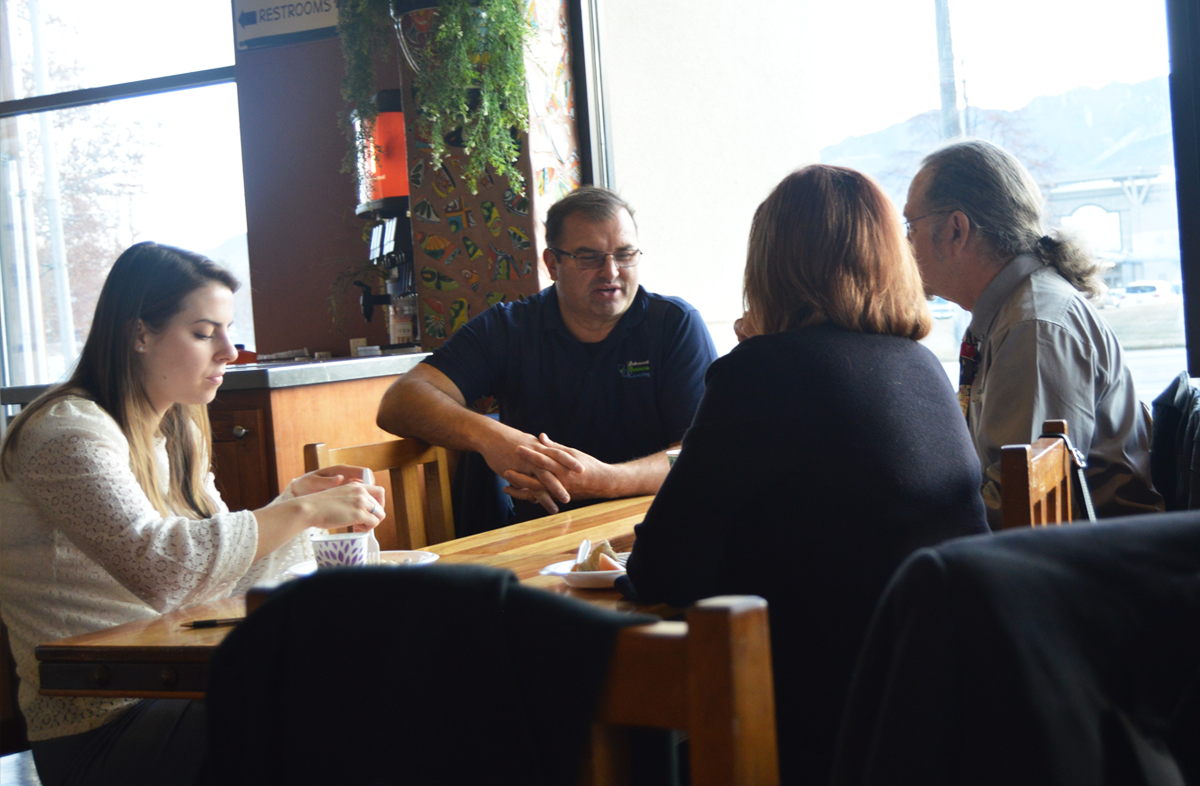 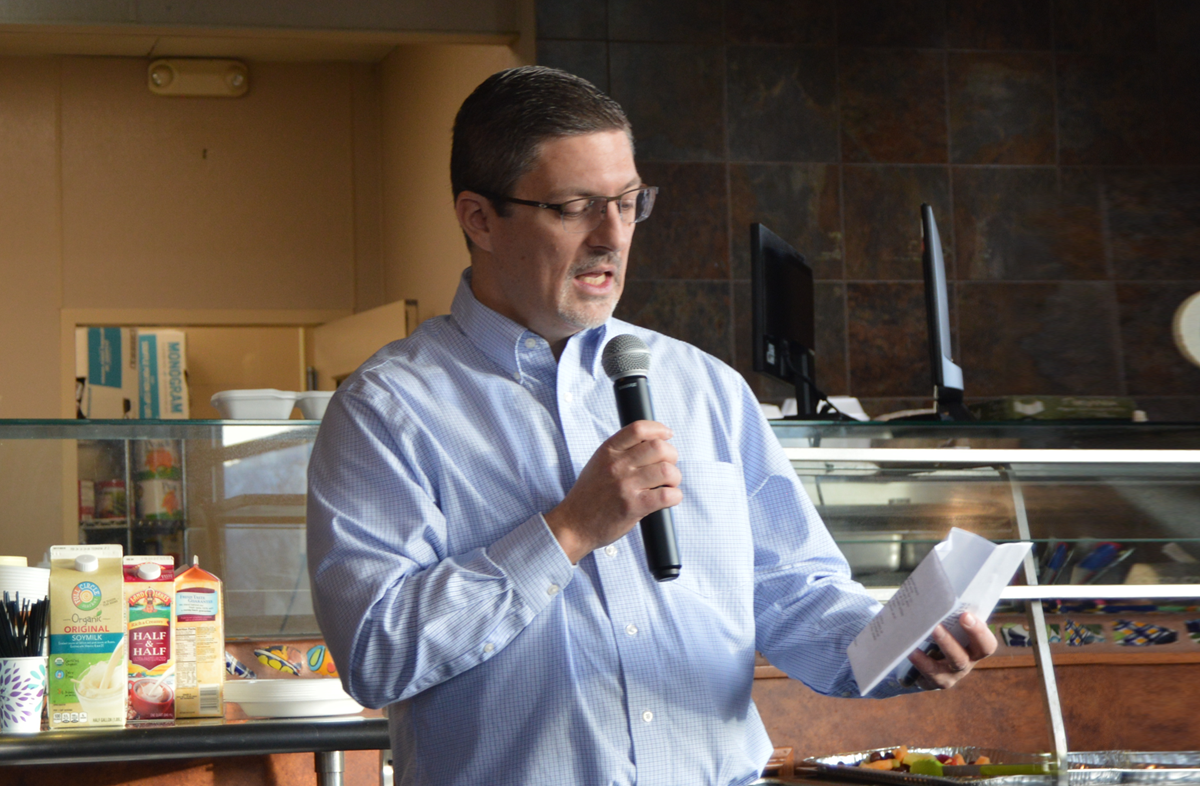 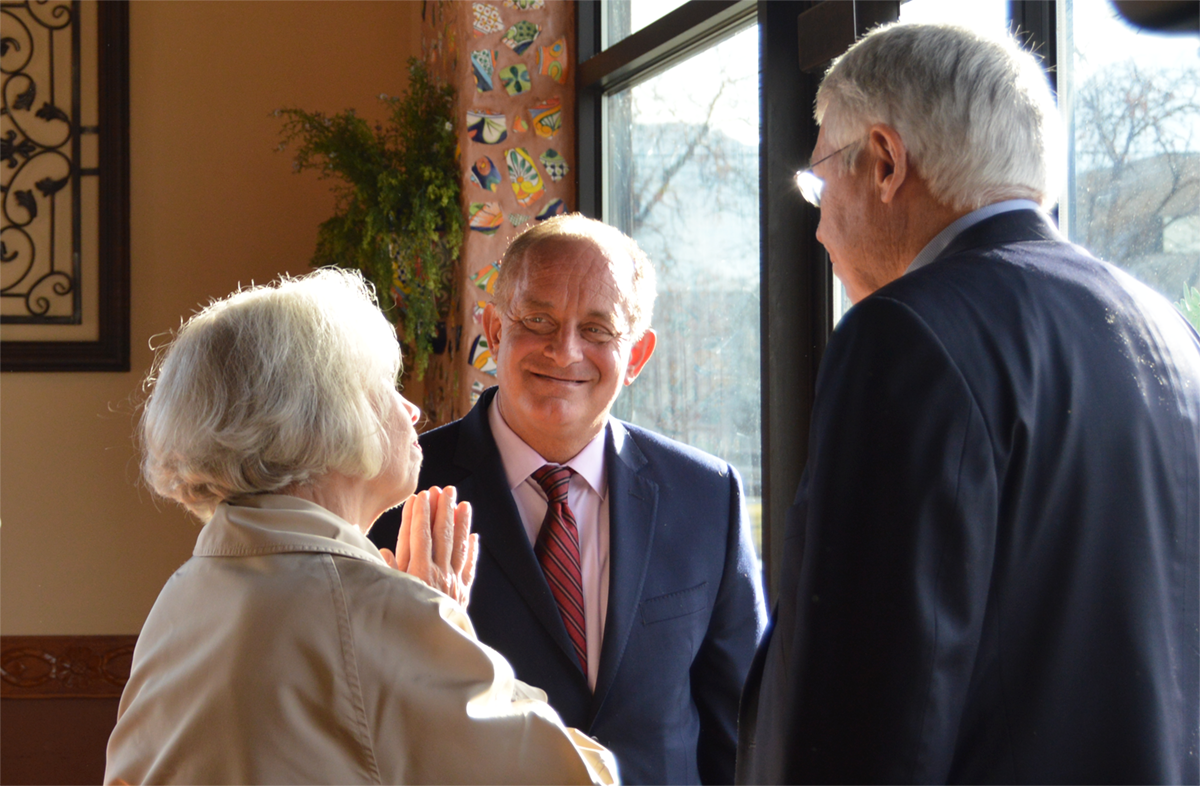 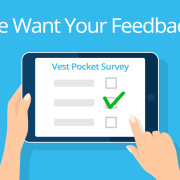 Two decades ago, Vest Pocket Business Coalition was started by a group of local business owners that needed advocacy help to fix a challenging parking ordinance. A grass-roots coalition formed to address the issue and they were successful. In the last 20, years Vest Pocket has advocated for countless local businesses on a variety of issues.

The name Vest Pocket was chosen because the term “Vest Pocket” brings to mind local businesses in our neighborhoods that hold close to our hearts, which is where a vest pocket is located. Once explained, the meaning is clear. However, it is worth considering this question: Will business owners (who haven’t yet heard of our organization) immediately grasp who we are and what we do based on our organization’s name?

In other words, does the name clearly and accurately signify what brings us together as local, independent business owners? Should the name be changed to help Vest Pocket be more effective? In light of these questions, we’ve been considering whether a name change might be in order. This topic is particularly important today as Vest Pocket works to increase its influence and advocacy work throughout the Wasatch Front and beyond.

The important thing is how you, our members, feel about this. Therefore, we need your feedback. Please click the link below and complete the short survey. Please let us know whether you favor a name change, and if so, which name(s) you think would best represent the organization that you’ve come to know as Vest Pocket Business Coalition. We will compile the results before the end of the year and report back to you on the results.

Thanks in advance for taking a moment to complete this survey, and thanks for your support of local, independent businesses! 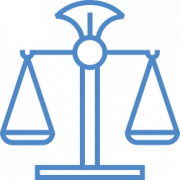 Vest Pocket’s Doug Burton (President), Carol Elliott (Advocacy Chair), and John Lair (board member) were in attendance at the Capitol on Monday to testify about the burden the tax imposes on Vest Pocket’s member businesses.

Click below to listen to audio of Vest Pocket board members speaking during the meeting.


Speaking before the committee, Burton noted that many Vest Pocket members are in the retail and light manufacturing business and are burdened by not only having to pay the tax but also by the enormous amount of time required to inventory and assess the value for hundreds or thousands of individual items and to complete the required paperwork.

“Taxes should not put local, small businesses out of business”

Vest Pocket Advocacy Chair Carol Elliott (owner of Paletti, a local women’s clothing boutique), emphasized the impact of small business in Utah, noting that “small business hires more people in Utah than any other type of business and money that is spent in local business stays in the cities and in the state.” Elliott added, “We are the ones that hire other local businesses to (provide) services.” Elliott urged the commission to look at modifications to the code that would make it fairer for the small business community. “Taxes should not put local small businesses out of business,” she added.


Board member John Lair (President and CEO of Momentum Recycling) detailed how the tax had unfairly impacted his company. “Amongst other services we provide in the area we do all the glass recycling for Utah and the wider intermountain region.” Lair said: “We’re a very asset-heavy business, very akin to a manufacturer and so the issue that we have is two-fold. One is an issue of inequity. As a business with conveyors and hoppers and screeners and crushers, we pay tax that our friends with a similar revenue profile in software development and professional services don’t pay. So there’s a built in inequity as we talk about tangible personal property that’s taxed whereas intangible is not.”

Lair noted that the recycling industry has seen a lot of rough years. “In 2016 we had a loss in our business, and yet we still had to pay $32,000 in Business Personal Property Tax.” Lair added: “We had to borrow money and lay off an employee in order to cover this tax. That’s not how it should work in the state of Utah.”

Referring to the inequitable enforcement of the tax, Lair noted that there are many businesses that aren’t even aware of the tax and have never paid it or haven’t paid it for years. “They first learn about it when the auditor first comes into their business,” Lair said.

Burton cited two examples of the stringent application of the tax by auditors, as reported to him by Vest Pocket members:

“This is the type of taxation that we feel is overly punitive and we don’t believe it represents the commitment that Utahns have for supporting small businesses,” Burton added. “Many of these are family-run businesses that have been in these families for generations.”

Most lawmakers in the Committee hearing agreed that a total repeal of the Business Personal Property Tax would require a (state) Constitutional Amendment. As an alternative, Vest Pocket supports the modernization of the tax code to include the provision that any item valued under $1,000 would be exempt from an itemization of valuation for tax burden.

In its deliberations, the legislative committee discussed another possible reform option: a $30,000 deduction off the wholesale valuation of personal property for a business. Vest Pocket would also support this modification.

Click here to listen to an audio clip of the afternoon session of the hearing.

Following the hearing, Elliott added: “It is important that we continue to work with the taxation committee and the state tax commission with suggestions and ideas to make this a more equitable tax and to continue to level the playing field with big business and stress the importance of local small business and all they offer to their communities.”

Stay connected with Vest Pocket Business Coalition as we continue to follow this issue and others affecting your business ahead of the 2018 legislative session.

Be sure to attend Vest Pocket’s January 2018 Legislative Warm-Up Breakfast (date to be announced soon) to learn more about bills that may affect small business as well as more info about the progress on this issue.

Become a Member of UIBC 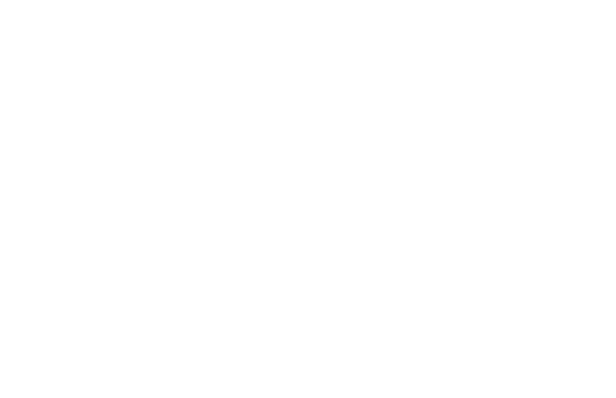