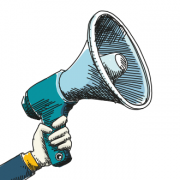 Pignanelli, an attorney, lobbyist, and political adviser, said the timing of the event on inauguration day was timely. “What happens at noon (today) is going to drive a lot of what happens during the (Utah) Legislative Session. Just the mere presence of Donald Trump is going to be driving a lot of bills and resolutions because of the perceived changes that may happen in the federal government.”

He added, “Whether it’s in health care, financial services, energy — you name it — that’s going to be driving some of the considerations.” Pignanelli said during this legislative session we can expect to see a battle between Rocky Mountain Power and the Solar Industry over a proposed change that would end net metering.

Pignanelli gave an update on a bill that is of special concern to Vest Pocket members; the Small Employer Retirement Program bill that was sponsored by Sen. Todd Weiler from Woods Cross. “It didn’t pass (last year) but he’s going to introduce a new bill , Pignanelli said. “It will be similar legislation but (Weiler) says the treasurer won’t have so much influence in picking programs.” (Referring to the selection and management of retirement savings account providers.)

Other issues that Pignanelli expected to see debates around include:

The morning’s second speaker was David M. Davis, President of the Utah Retail Merchants Association, who talked about the (online) Sales Tax Fairness issue, a matter of great importance to many Vest Pocket members. Davis said the best solution would be if Congress passed a law to deal with the issue, but the only way something would get done at a federal level is if enough states do different things that it becomes too complicated to deal with for large online retailers. Davis outlined Senator Bramble’s upcoming sales tax fairness bill. He said it will likely include an “Economic Nexus” approach and “Affiliate Marketing Nexus” approach. Davis talked about the sales tax vendor compensation remittance credit and encouraged business owners to talk with their accountants to ensure that they are taking the proper sales tax collection credit.

Political consultant and lobbyist LaVarr Webb wrapped up the Legislative Warm-up breakfast by saying he thinks that the current legislative session will be a very interesting one. Webb said he thinks that many Utah legislators will wait on some big issues like public lands and Medicaid to see what starts to happen in Washington before making decisions locally on those issues. Webb said the topic of a 2018 ballot initiative for a tax increase for education funding will be a big deal during the legislative session. Webb said since we Utahns have more children per capita than any other state in the country, the issue of excellence in education and education funding overshadows many other initiatives. “ I don’t think we can become the number one education state in the country (by) spending the lowest per pupil in the country”, Webb said. He said that the sales tax on online sales like the tax that Amazon.com has now agreed to collect for the State of Utah could help contribute to education spending, perhaps reducing the need for the tax increase ballot initiative.

During the opening and closing of the breakfast, Vest Pocket President Jon Parry spoke and encouraged all local, independent business owners to get involved. “I encourage each of you to think about what issues that are important for you and your business and let’s get active!” the loop. “You can go on the website and follow a bill and even get alerts on your phone”, Pignanelli said. “I would encourage you to follow the bills”. He added, “Legislators do rely on hearing from the small businesses in the district and they want to make sure they’re not having a negative impact.”

When asked about the most effective time for small business owners to reach out to legislators for an in-person meeting to introduce yourself, Pignanelli said the best time is when the legislature is not in session. “I always encourage people to reach out to a legislator (prior to the start of the session) and set yourself up as a resource”, Pignanelli said. “Let them know what you do and what you care about.”

Pignanelli says that during the legislative session, e-mail probably isn’t the best way to reach out to legislators since they receive thousands of emails and the input gets aggregated. He recommends hand-written correspondence or a phone call. “If you hear about something and you’re nervous about it, or you really support it, I would call that legislator and let them know”.

Parry noted that a big part of Vest Pocket’s mission is advocacy and that means engaging with other Vest Pocket business owners to weigh in with legislators on important issues. “Only if we get active and we actually use our voices is this organization going to have the full impact that we know it can.”

How you can get involved

Become a Member of UIBC